Weathering the Storm without AC 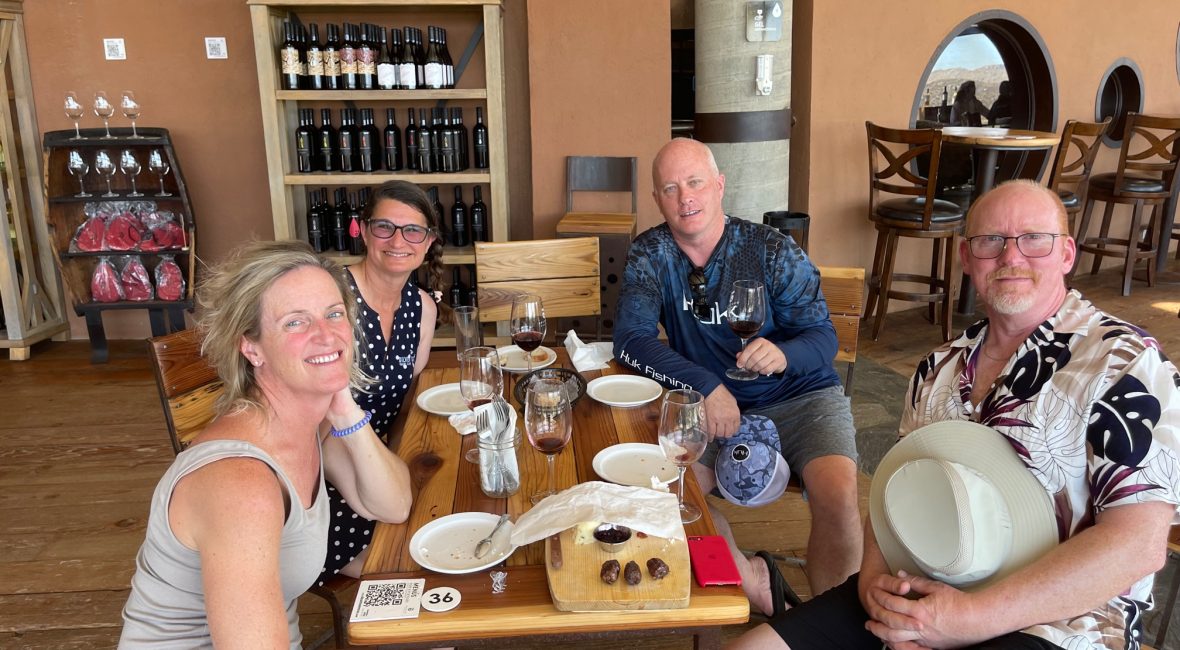 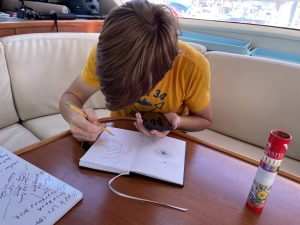 Drawing while listening to a US History audiobook, in the heat

We’ve been without AC (alternating current) power aboard since Saturday evening. It sounds a bit worse than it is, as we are only missing power to the induction stove, microwave, air conditioning and heating, clothes washer, power outlets, and horror of horrors, WiFi. We still have the DC (direct current) working though, which controls all the devices that we use more frequently, and would typically need when not connected to shore power. Those are things like the refrigerator and freezer, fans, toilets, water pumps, and USB plugs. That’s good news.

At first we thought the AC issue would be resolved quickly, so we planned to go out sailing in Bahia de Todos Santos the next day. The conditions were superb, and the sail was quite pleasant. We hardly thought of the power issue while we were out.

However, James’ later troubleshooting revealed confusing results and another day went by. We continued to request help from the marina to rule out their power supply, and for 3 days there was one issue after another preventing them from helping with the troubleshooting. Twice I caught a dock worker and roped him into a conversation about it, but all he could do was call for the experts who were already gone for the day. 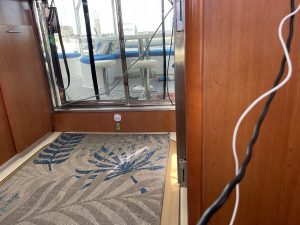 Cables strewn inside and out

I wasn’t able to cook, as our induction stove, instant pot, and convection oven all run on AC. Having to eat at restaurants all the time isn’t all bad though. We considered using our solar oven for cooking breakfast yesterday, but the clouds changed our plans. Then we realized that we could string an extension cord to the power tower and at least have access to one AC-powered item at a time. WiFi was first on the list. Our conversations often included things like, “No, we don’t have WiFi now since the blender is the One Thing”, “Use the WiFi while you can – it’s now the One Thing”, and “I’m going to make the Instant Pot the One Thing for about 35 minutes.”

It worked out okay like that for a while, until we found a power strip, tripling our AC power access, and tripping us when we tried to move about. Adding to that mess, with each power solution we tested the boat’s horizontal surfaces collected more and more tools and parts, while cupboards and cushions were dislodged, as if the inside were hit by a storm. 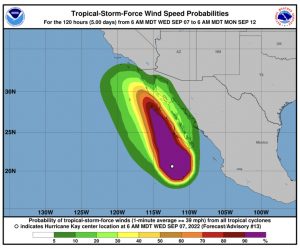 Hurricane Kay is impacting land as I write, at the bottom of Baja California, and is expected to travel north along the coast losing momentum and dissipating to become a tropical storm when it arrives in Ensenada. The impact here will only be some stronger winds and rain. Since the area isn’t used to getting much rain, floods are expected.

Preparing for this, I took a mental inventory of our food/meal situation. We have months of food aboard so that isn’t an issue, but cooking it could be if the marina’s power is impacted by the storm. Usually that wouldn’t be the case, but we shouldn’t expect to have use of the One Thing (or Triple Thing) during or immediately after the storm. This reduces us to BBQ and solar oven as cooking options that are not ideal since they are both outside, or using the propane oven which will heat up our living space. So, we plan on eating salads and charcuterie for the next few days!

Though Kay will be a tropical storm when she arrives, she won’t be packing more of a punch than the typical squalls in the Caribbean. Our boat is built to withstand much more severe weather, so we have no concerns about weathering the coming storm.